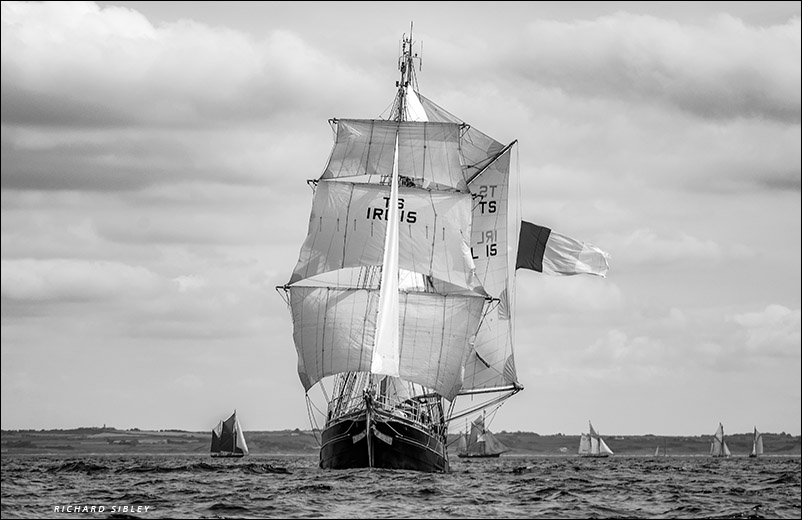 The brigantine ASGARD ll was purpose-built as a sail training vessel by Jack Tyrrell of Arklow, County Wicklow and launched on 7th March 1981. She was named after the yacht “Asgard” that smuggled weapons for the Irish Volunteers in 1914, the vessel was owned by the Irish state and operated by Coiste an Asgard a founding member of Sail Training International. Asgard II had a traditional figurehead in the form of a carving of Granuaile, the pirate queen of Ireland. She sank 11th September 2008 in the Bay of Biscay, about 20 nautical miles southwest of Belle-Île-en-Mer

L’Hermione Frégate de la liberté In celebration of her voyage to America, Hermione anchors off Ile d’Aix before sailing up […]