Bergen to Aalborg Expedition 2019
On Saturday 29th July we were briefed by the ships Sergeant and organised into watches, shortly afterwards we departed Bergen in somewhat changeable weather and headed for the open sea 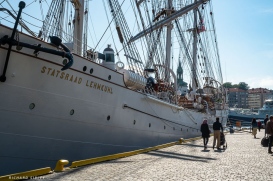 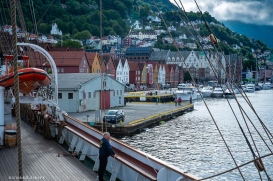 A briefing from the ships sergeant

Sunday, we were off the Norwegian coast. After the early sun had disappeared we tacked and the morning watch was called to haul on the main tops’l sheets. By the end of the day we were under fore course, staysails and both lower and upper tops’ls as we headed south towards Denmark and into the night.

The cloud swept in but the sun tried to break through

The cloud swept in but the sun tried to break through 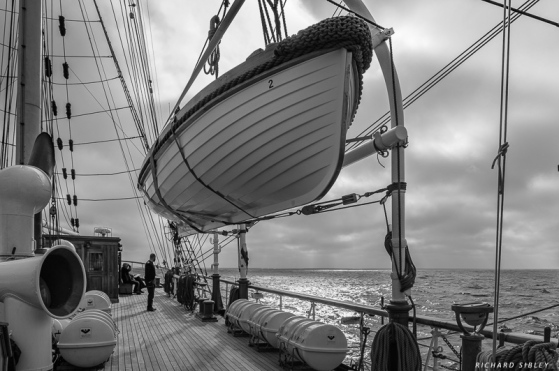 The watch leaders keep an eye on us 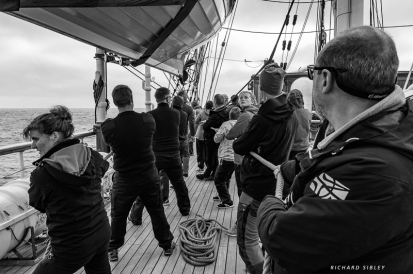 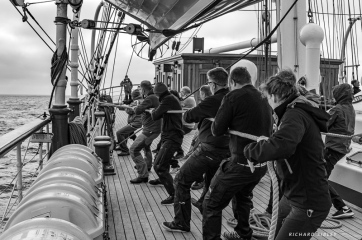 The sun tries to break through 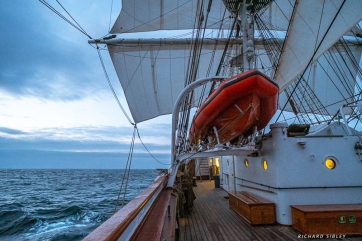 The cloud breaks at dusk

The cloud breaks at dusk

A North wind speeds the ships on her way south

Close to the Norwegian shores we occasionally pick up the network

Monday, the sun returned and a storm was forecast, we were obliged to furl the fore course and as the wind increased towards the evening our upper tops’ls as well. By nightfall we were into a strong gale

View of the foremast 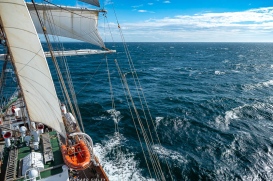 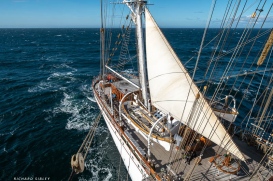 View from the main topmast 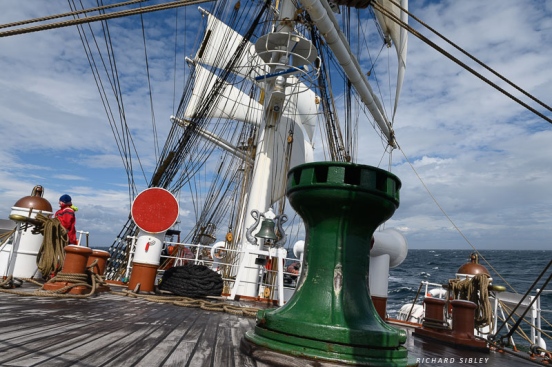 View from the steering position

Seabirds hover in the strong winds 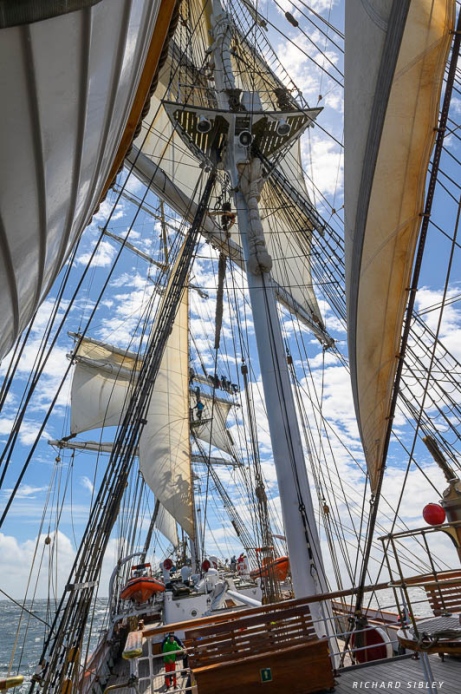 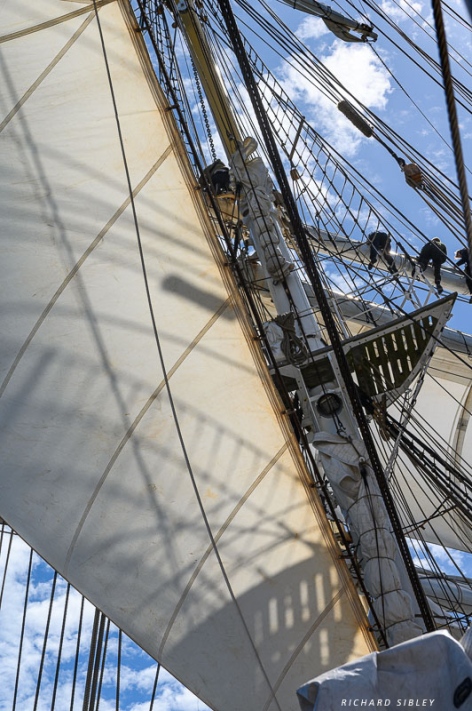 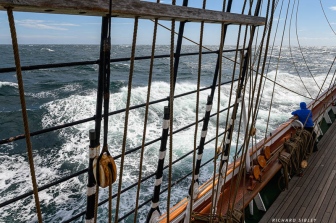 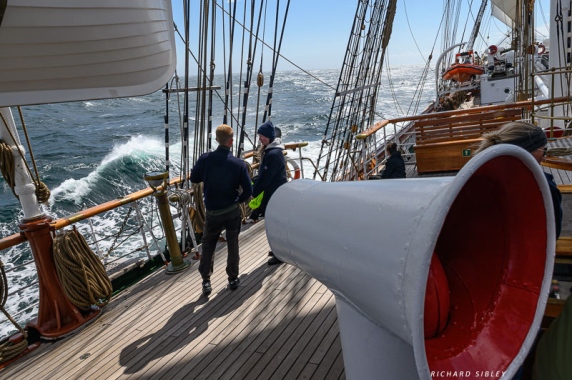 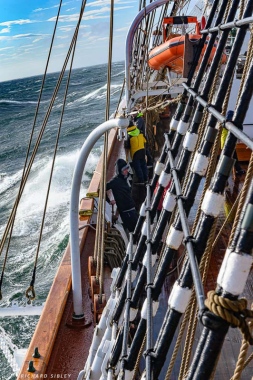 Sunset on the deck

Strong winds as the birds hover in the evening sun 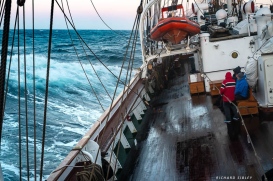 As the night closed in the wind increased 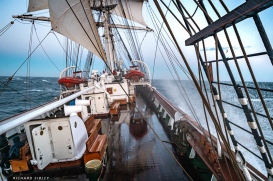 As the wind increased conditions on watch got a bit wet

Tuesday we arrived in Aalborg, Denmark. But, not before picking up Haakon Steiner Vatle in the estuary. Haakon had arrived to give us some very animated and instructive shanty singing lessons. He had planned a spectacular entrance for the ship, we were to sing shanty’s from the yards as she entered the port of Aalborg

“Sing up on the last word”

“I cant hear you” 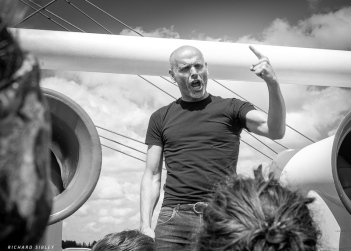 “Now I can hear you” 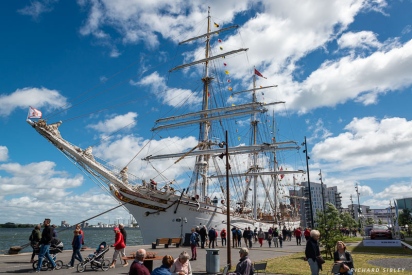 Statsraad Lehmkuhl alongside in Aalborg

Statsraad Lehmkuhl alongside in Aalborg 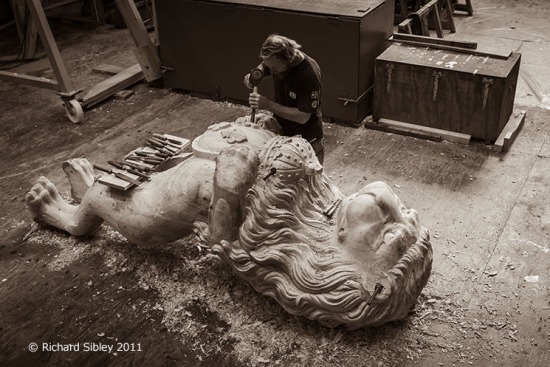 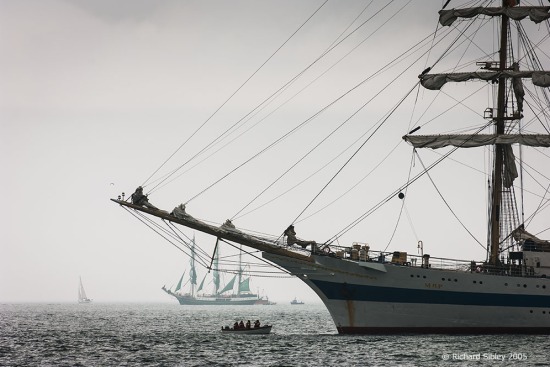 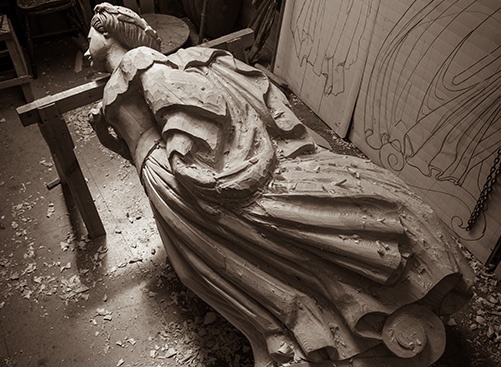